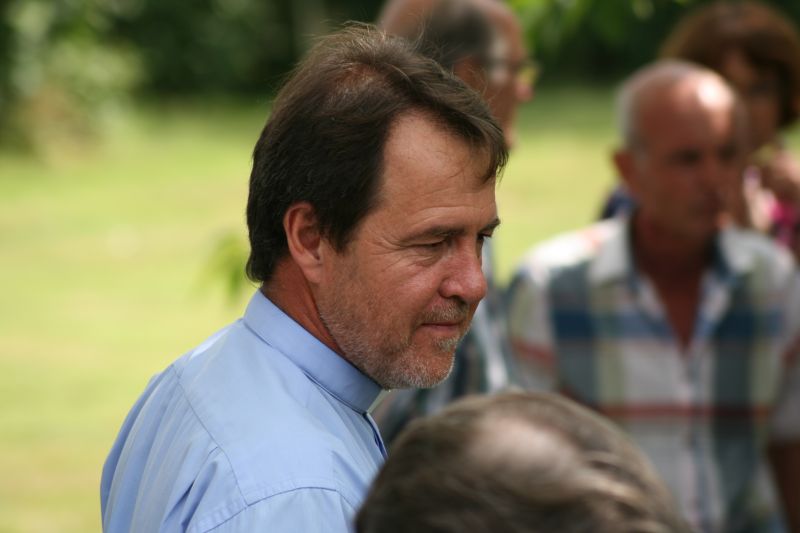 Both Steve and his wife Veronica were born and brought up in what was Rhodesia, now Zimbabwe, growing up through the trauma of the liberation war and the struggles of the newly independent Zimbabwe. Steve was educated at Hamilton High School, in Bulawayo, after which he completed an Apprenticeship in Electrical Engineering and for a short while ran his own business. During this time he felt God`s call to the Ministry of the Priesthood, and was among the first group of ordinands trained at the Bishop Gaul Theological College in Harare.

After ordination in 1990 he was given the parish of the Lowveld in south eastern Zimbabwe, an arid rural area roughly the size of Wales. For 12 years he ministered to a diversity of congregations, from villagers hearing the gospel for the first time under their mango trees, to company executives responsible for multi-national interests in the area. In his additional role as Diocesan Youth Chaplain Steve was directly exposed to the concerns of Zimbabwean young people, and was active in organizing the annual National Youth Conference. In the latter years, as the Government land reform process gathered momentum, Steve found himself performing a delicate balancing act ministering to the commercial farmers under his care as well as the local, land-hungry Zimbabweans. In 2002 he and Veronica felt God leading them to move their family to England, where for the last 10 years he has been the Vicar of the United Benefice of Lingfield and Crowhurst in the Diocese of Southwark.

Steve and Veronica have felt that God was calling them into a change of ministry, focusing their mutual interest in the prayer and healing ministry.